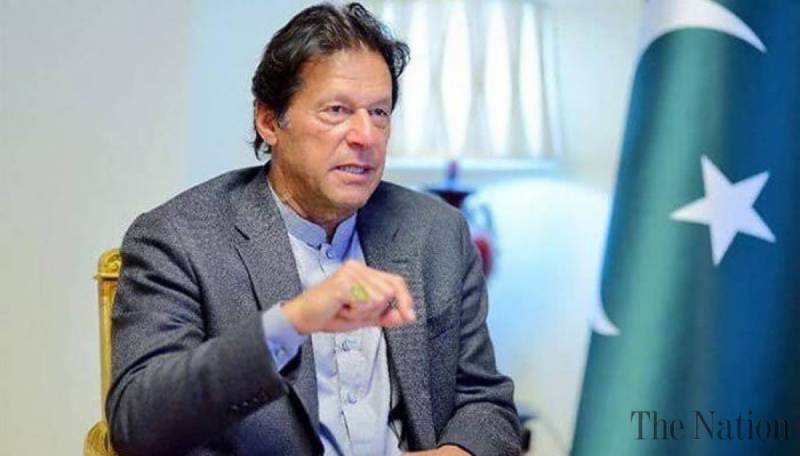 Prime Minister Imran Khan link has ruled out the possibility of normalization of fraught trade and diplomatic relations with longtime rival India, saying it will be tantamount to "betraying" Kashmiris.

"Normalizing ties with India at this point means betraying Kashmiris. Pakistan will never compromise on Kashmiris' blood," Khan said in a live telephonic conversation with citizens.

Stalled talks, he said, can only be resumed if New Delhi reverses its scrapping of the long-standing semi-autonomous status of Jammu and Kashmir.

On August 5, 2019, the Indian government revoked Article 370 and other related provisions from its Constitution, scrapping the country’s only Muslim-majority state with its autonomy. It was also split into two federally administered territories.

Simultaneously, it locked the region down, detained thousands of people, imposed movement restrictions and enforced a communications blackout.

Khan's remarks came amid reports that the top intelligence officials of the two nuclear-armed neighbors met in the United Arab Emirates in January this year in an attempt to stem heightened tensions between the two sides.

Last month, UAE's ambassador to the US Yousef Al Otaiba confirmed that Abu Dhabi was mediating between New Delhi and Islamabad to help them reach a “healthy and functional” relationship.

Addressing a virtual session with Stanford University’s Hoover Institution, Otaiba said his country had a role behind the recent cease-fire at the Line of Control (LoC), the de-facto border that divides Kashmir between India and Pakistan, which could get relations back to a “healthy level.”

In March, the two militaries agreed to honor the 2003 cease-fire along the LoC, followed by an exchange of letters between the two premiers, which was widely viewed as an outcome of the reported backdoor diplomacy was being held with New Delhi.