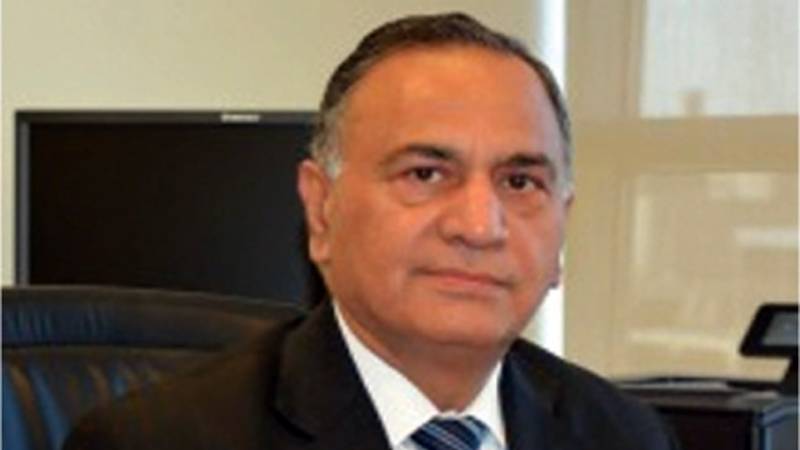 LAHORE: A constitutional crisis like situation emerged in Punjab late Wednesday night as Pakistan Muslim League-Nawaz (PML-N) government refused to withdraw summary for appointment of Nasir Mehmood Khosa as interim chief minister of the province despite rival Pakistan Tehreek-e-Insaf (PTI) backtracking from its support to the former top bureaucrat.

The PML-N-led Punjab government and the PTI on Monday had agreed to appoint Khosa as the provincial caretaker chief minister. However, in a U-turn, PTI on Wednesday withdrew the name of the former bureaucrat as interim chief minister. “We had given name of Nasir Khosa for the post of interim chief minister in haste as no proper consultation was made within the party on the matter,” Leader of Opposition in Punjab Assembly Mian Mehmoodur Rasheed told a press conference in the day, adding they would propose a new name for the post within 24 hours to outgoing Chief Minister Shehbaz Sharif.

However, in a statement issued late Wednesday night, Shehbaz Sharif said that the summary of appointment of caretaker chief minister of the province has already been forwarded to Punjab governor and once forwarded, the summary cannot be returned. “Provincial law ministry has forwarded the summary of caretaker CM to governor, who will sign it at midnight on Thursday,” the statement said. “Once forwarded to the governor, the summary cannot be returned,” the outgoing chief minister asserted. He said the summary would be signed as the five-year constitutional term of the outgoing government ends at midnight on Thursday.

Speaking to reporters in the day, PTI’s Rasheed had said that a public perception was created that Khosa had been a close colleague of PML-N supremo Nawaz Sharif, thereby his candidature had to be withdrawn. “After the name was announced, there was a perception that Khosa was associated with PML-N. Nawaz Sharif also said that he [Khosa] had served as the principal secretary with him. There was discussion on this not only within the party but also amongst the general public,” he said. “After discussions, the party has withdrawn the name. The new name which will be decided after consulting PTI chairman and party leaders will be sent to the chief minister in 24 hours,” he added.

PTI spokesperson Fawad Chaudhry said that Khosa’s name was withdrawn as candidate for Punjab’s caretaker chief minister because public opinion was not in his favour. “We respect him as he is an honourable person, however a candidate should not be controversial and at this time Nasir Khosa’s candidature is not appropriate,” he said.

Interestingly, the name of Nasir Khosa, a former federal finance secretary who also served as chief secretary of Punjab and Balochistan, had been proposed by the PTI itself and finalised after much haggling by Shehbaz Sharif and Rasheed in a meeting at the PML-N’s Model Town office on Monday.