Royal Navy while busting a boat of Indian fishermen in Indian Ocean has seized heroin and other drugs worth £65 million.

According to Britain media, a team of Royal Navy raided the Indian boat and searched it for at least 60 hours.

The drugs were recovered from the freezer, hid under three tones of ice.

Sailors and Royal Marines confiscated 266kg heroin and 455kg other drugs from the boat and later disposed them off. The money gained from selling the drugs in black market was to be funded to terrorists. 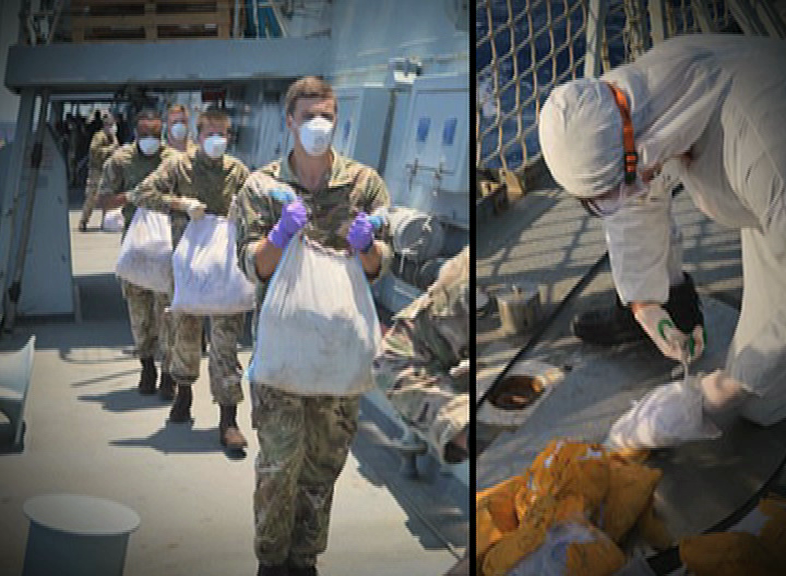 The ship’s commander Ian Feasey has said that the drug bust is not only a setback to the drug dealers but also to the terrorist organizations.