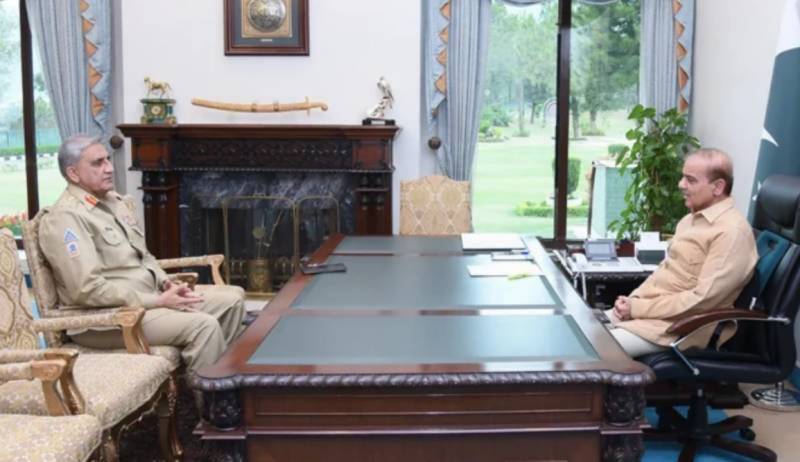 The meeting between top civil-military leaders was held at the Prime Minister's House. Professional matters pertaining to national security were discussed during the meeting.

Earlier, Army Chief called on PM Shehbaz Sharif in April, days after he took oath as 23rd prime minister of Pakistan following the ouster of his predecessor Imran Khan trough a no-confidence vote.

It is recalled that Pakistan’s top general did not attend the oath-taking ceremony of PM Shehbaz Sharif.

Chiefs of all forces attended the ceremony, but General Bajwa did not. His absence raised many eyebrows amid the recent political developments in the country.

However, director-general of the Inter-Services Public Relations (ISPR) Major-General Iftikhar Babar cleared the air on matter saying Army Chief was not feeling well the day when PM Shehbaz took the oath.