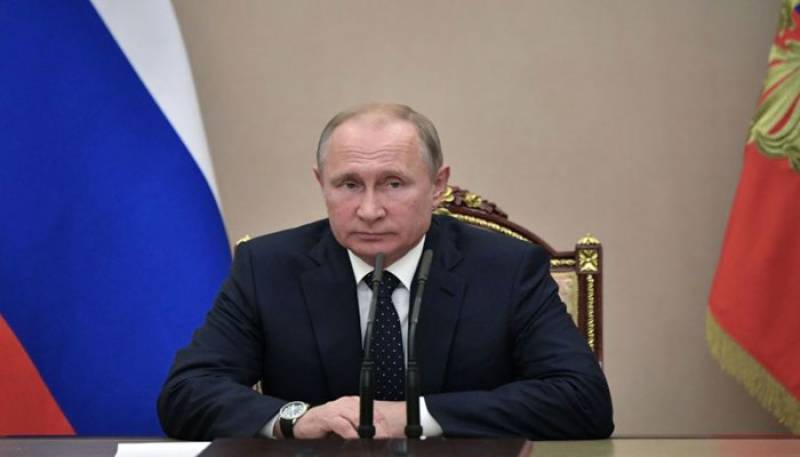 MOSCOW: Several thousand people protested Sunday across Russia against a hugely unpopular government decision to hike the pension age that has led to a record slump in President Vladimir Putin´s approval ratings.

Rallying in dozens of cities from the far east and Siberia to central and southern Russia, many urged Putin to oust the government, while some called on the Kremlin leader himself to "retire." <link#_>

Both Kremlin-friendly trade unions and political parties and Putin´s top critic Alexei Navalny organised the rallies, in a rare show of unity and widespread public opposition to the government proposal.

"Croak before retirement -- help the budget," read one placard, seen on pictures shared on social media.

"I will spend my first pension to buy a coffin if I live long enough," said another.

Given Russians´ low life expectancy, many will not live long enough to receive a state pension.

Analysts say that growing popular discontent over the reform amid plunging living standards may present the most serious challenge to Putin during his nearly 20 years in power.

Protesters rallied in the far-eastern cities of Vladivostok, Khabarovsk and Komsomolsk-on-Amur, the Siberian cities of Omsk and Tomsk and Murmansk in the north, among other places.

Navalny said more than 3,000 people protested in Omsk alone, tweeting a picture of a city square flooded with people.

The demonstrations drew people from all sides of the political spectrum including Navalny´s supporters, Communists and radical nationalists.

Mass rallies will not take place in Moscow and other cities hosting the World Cup where protests are banned.

But one young Russian managed to evade police, take his clothes off and stage a one-man protest on Moscow´s Red Square, his head turned in the Kremlin´s direction.

"They even took the clothes off our back," read a sign he held to cover himself.

The 28-year-old protester, Vyacheslav Shumsky, said on radio he wanted to draw public attention to a raft of unpopular government measures including the pension reform "so that we start doing something"