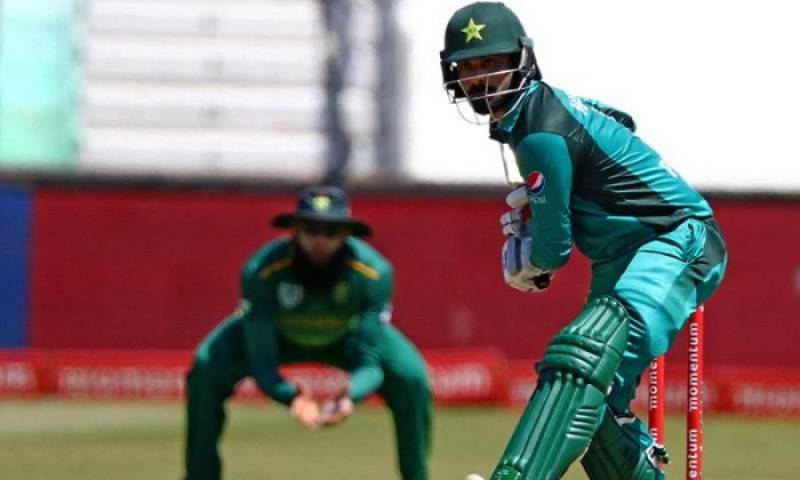 ISLAMABAD - Pakistan’s veteran all-rounder, Mohammad Hafeez will miss the opening T20I of the three-match series against South Africa due to a hamstring injury.

According to the PCB, the 38-year-old is suffering a niggle and he will be rested during the first T20I, which is to be played on February 2, to help him gain fitness for the next two 20-over games.

[image: ????] INJURY UPDATE: Mohammad Hafeez has a slight hamstring niggle and will be rested from tonight’s first T20I that will give him every chance of being fit for the next two #SAvPAK link games.

Pakistan will also be playing without their captain, Sarfraz Ahmed, who has been suspended for four games due to a breach of Anti-Racism Code.

In absence of Sarfraz, Shoaib Malik will lead the side, who also captained the team in the last two ODIs of the series.

Pakistan have lost the three-match Test series by 3-0 and suffered a defeat in five-match ODI series by 3-2.