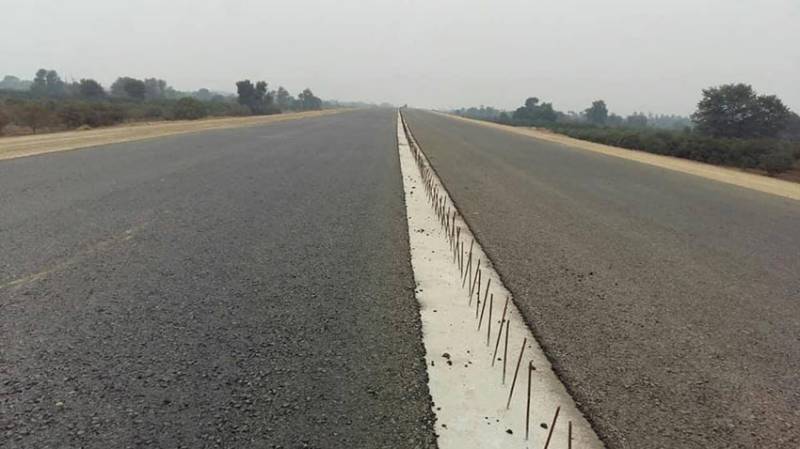 FAISALABAD - The 61-kilometer long Gojra-Shorkot motorway section of Faisalabad to Multan Motorway (M-4) will be inaugurated on Saturday (Feb 2). Federal Minister for Communication & Postal Services will inaugurate the motorway section. According to General Manager Construction (M-4) Muhammad Shoaib, the section was constructed in two parts. First part is 31-km long from Gojra to Jamani and it has been constructed at a cost of Rs 7.45 billion, out of total estimated cost of Rs 8.35 billion and a sum of Rs 900 million have been saved in the section. The second part was 30-km long from Jamani to Shorkot. This part was completed at a cost of Rs 8.65 billion against the estimated cost of Rs 9.05 billion and saved Rs 400 million. Three interchanges and 9 big bridges have been constructed in the 61-km long section. The motorway will link Karachi and Gawadar port to southern parts of the country.