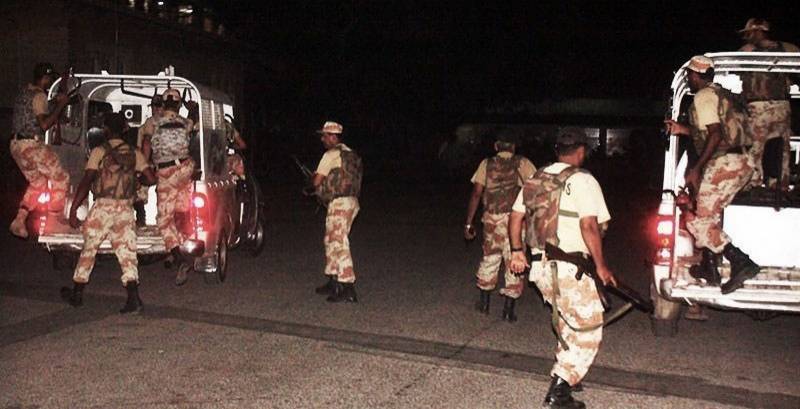 Sindh Rangers have arrested five terrorists and criminals during a targeted operation in different areas of Karachi.

A spokesman of Sindh Rangers said that three of the arrested terrorists belong to militant wing of a political party and two are associated with Lyari Gang War.

He said a huge cache of arms and ammunition was also recovered from them.