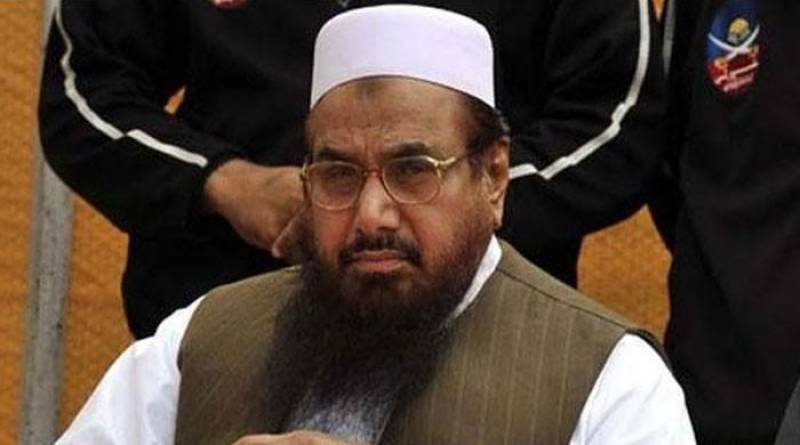 ISLAMABAD: The Ministry of Interior has placed name of Jamaat-ud-Dawa chief Hafiz Saeed among 38 others on the Exit Control List, two days after he was placed under house arrest.

The ministry has forwarded a letter to all provincial governments and the Federal Investigation Agency, which included names of all 38 individuals placed on the ECL.

All of them were said to be affiliated with JuD or Lashkar-e-Taiba.

The Ministry of Interior has "placed Falah-e-Insaniat Foundation (FIF) and Jamaat-Ud-Dawa (JUD) on the Watch List as per UNSC 1267 Sanctions and have listed these organizations in the Second Schedule of the ATA 1997 (as amended)."