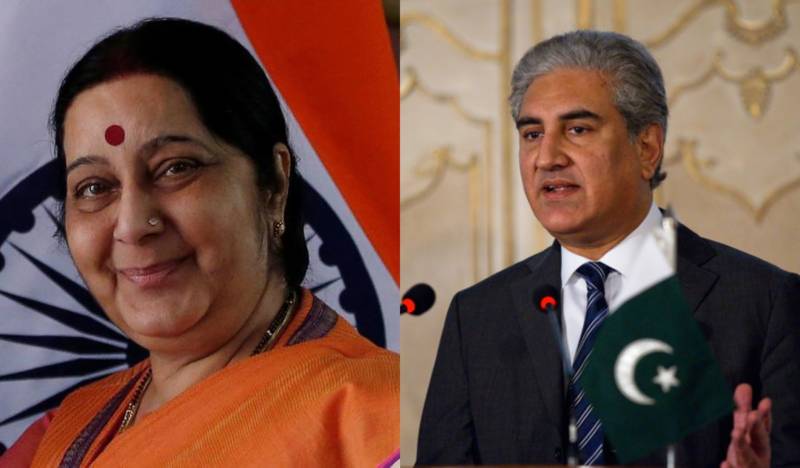 She said on Saturday that Indian ministers only visited Pakistan to offer prayers in the Kartarpur gurdwara.

Indian cricketer-turned-politician Navjot Singh Sidhu was a part of an Indian delegation, including two ministers that travelled to Pakistan for the event.

“Let me explain to you that we were not trapped by your ‘googlies’. Our two Sikh Ministers went to Kartarpur Sahib to offer prayers in the Holy Gurudwara,” said the Indian external affairs minister in a tweet.

“Mr Foreign Minister of Pakistan – Your ‘googly’ remarks in a dramatic manner has exposed none but YOU. This shows that you have no respect for Sikh sentiments. You only play ‘googlies’,” she stated in an earlier tweet.