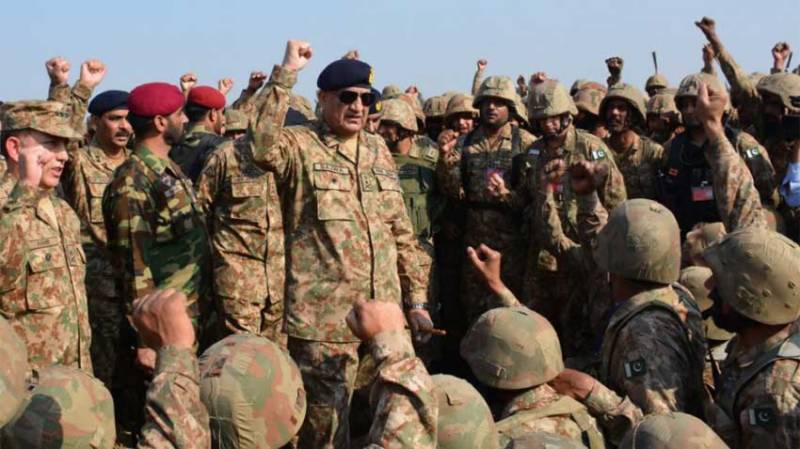 SIALKOT - Chief of Army Staff General Qamar Javaid Bajwa has said that Pakistan Army is prepared to respond to any conventional threat on borders for defence of the motherland.

He expressed these views during his visit to formation of Sialkot Corps where he witnessed final phase of operational exercise by an Infantry Division.

The Army Chief said that we cannot afford to ignore our preparations and readiness for conventional response despite our commitments in ongoing Operation Radd-ul-Fasaad.

He said that he takes pride in leading an Army, which has served the nation by successfully combating terrorism.