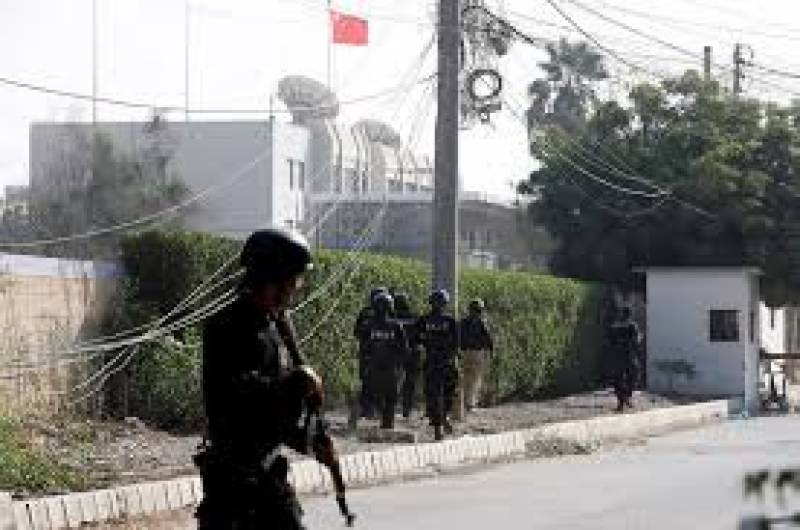 KARACHI - New developments have been reported in the case of attack on Chinese consulate in Karachi.

Additional IG Karachi Amir Sheikh on Saturday claimed that more facilitators of the attack on the Chinese Consulate in the metropolis have been arrested.

The Karachi police chief, who was a chief guest at a youth parliament at a private university, said, “More facilitators of the attack on the earlier this month have been arrested. We also found out which hotel the attackers stayed at and arrested people from there.”

Additional IG Sheikh added, “The counter-terrorism department (CTD) is leading the investigation into the attack. Rangers, intelligence agencies and police are also working on the case.”