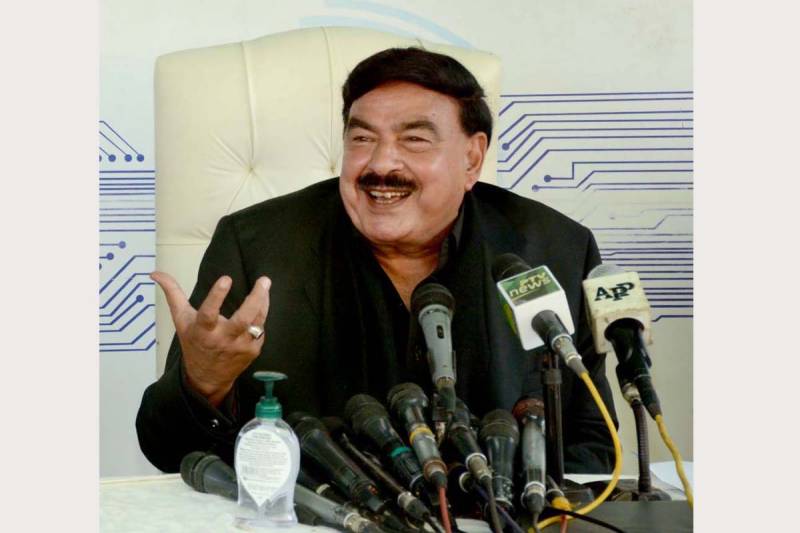 RAWALPINDI - Minister for Interior Sheikh Rashid Ahmed on Friday advocated early elections to elect honest members of the Parliament to get rid of the “looters and plunderers” responsible for the current political turmoil in the country.

Addressing a ceremony to celebrate elevation of Viqar-un-Nisa College for Women as university, the minister said through fair and transparent elections, the people should get an opportunity to reject those who had looted the national kitty.

He said,”The conscience sellers have got united to topple the government of Prime Minister Imran Khan so that they can continue their looting agenda.”

Sheikh Rashid said despite high inflation rate, the opposition’s untimely irrational move had made the prime minister more popular among the public.

Terming Saturday a crucial day for Pakistan’s politics, he said he was standing firm with Imran Khan. He was thinking to retire from politics, he added.

Sheikh Rashid said around 264 educated girls of Rawalpindi would get jobs in the university. The city of had four women universities. It was a matter of pride that the daughter of a rickshaw driver belonging to Rawalpindi had topped the Central Superior Services examination.

The minister said all the terrorists involved in the Peshawar suicide attack claiming lives of 70 innocent people, had been killed by the security forces..