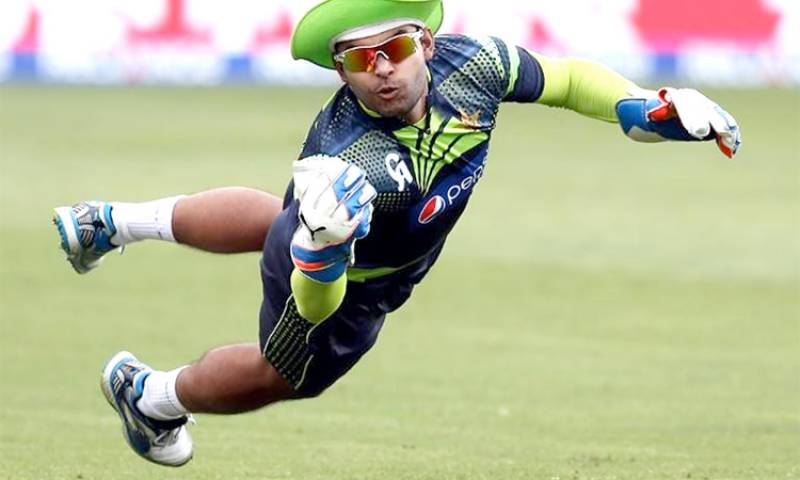 Pakistan coach Misbah-ul-Haq urged troubled batsman Umar Akmal to discipline himself and focus on his cricket if he wants to revive his derailed career.

Regarded as hugely talented, the 29-year-old Umar could face up to a lifetime ban after he was charged for not reporting match fixing offers, which led to his suspension in February, Gulf Today has reported.

The Pakistan Cricket Board (PCB) charged him under their anti-corruption code. His 14-day deadline to reply ended on Tuesday. Misbah said Umar has to decide his own fate.

“You and I can’t do anything,” Misbah told media. “Umar has to decide himself, show discipline and focus on his cricket.

“He has to take a decision whether he wants to remain like this. He has shown good performances but needs to improve his fitness, discipline and commitment.”

Umar started his career with a bang, scoring a century on his debut in New Zealand in 2009, but frequent disciplinary problems cost him a place on the national side.

He was also charged and arrested after a scuffle with a traffic warden in 2014. Three years later he was sent back from England for being unfit.

Meanwhile, Misbah said that the International Cricket Council (ICC) should consider extending the World Test Championships as the cricket calendar is frozen due to the coronavirus pandemic. With countries around the world grappling with the fast spreading disease, cricket, like all other sports, has come to a standstill.

“The tournament should be extended that is my view,” Misbah said in a video interaction with the media.

“That is the only way we can find and end the event in a balanced way. Matches can be rescheduled if the event is extended.”

England’s two-match Test series in Sri Lanka was postponed as was the final leg of Bangladesh’s tour of Pakistan, which included a Test match in Karachi.

“I just think that all teams must get equal opportunities in the championship even if matches are rescheduled,” said the former Pakistan captain.

“Whenever cricket resumes all teams should get equal opportunity in the ICC World Test Championship to try to play in the final. The tournament can be extended beyond 2021.”

Other major international series that have been postponed are South Africa’s ODI tour of India and New Zealand’s three-match ODI series against Australia -- of which the first match was played behind closed doors at the Sydney Cricket Ground. The start of the Indian Premier League (IPL) and the knockout games of the Pakistan Super League (PSL) have also been postponed.