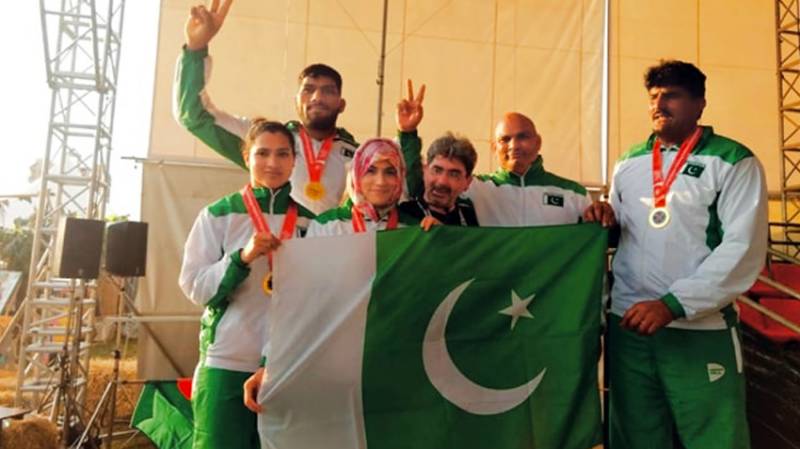 The Pakistanis won one gold and three silver medals at the championship.

The Pakistan team won gold medal in the mix four event followed by India who grabbed silver. In the two-day indoor event featuring leading teams from across Asia, Pakistan rowers made the entire nation proud by clinching the gold.

According to the Pakistan Rowing Federation, in another event of heavy double sculls, Pakistan won silver medal.